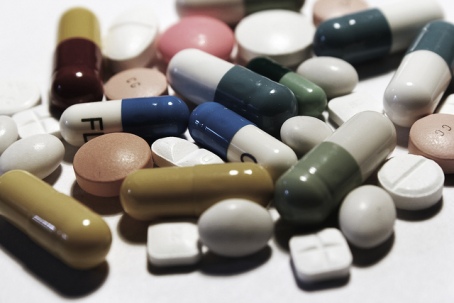 What is Pharmacy Compounding?

Pharmacy compounding usually involves a small quantity of custom made prescriptions. However, this has changed over the years to what some term large scale production. By way of illustration, in the later part of 2012, the United States Food and Drug Administration (FDA) was forced to confront the issue of pharmacy compounding on a large scale. This was due to several deaths associated with compounded drug products linked to fungal meningitis that involved the New England Compounding Center (NECC). FDA Commissioner Margaret Hamburg testified before Congress and specifically recommended that Congress enact legislation to provide authority FDA with enforcement authority. The NECC distributed contaminated pain injections that caused serious adverse events including approximately 32 deaths.

Why did this happen?

Well back in 2002, an FDA inspection revealed a contamination issue with the same steroid; however, FDA had to defer to Massachusetts state authorities. Traditionally, with pharmacy compounding, state pharmacy boards maintain regulatory oversight. Further, as mentioned, traditionally compounding pharmacies fill special orders from physicians for an individual patient. Yet, over the years, this has changed dramatically from a small to large-scale operation and NECC is an illustration of where thousands of doses of drugs were shipped to several states.

What are the FDA Solutions?

Commissioner Hamburg proposed a two-tier system in which traditional compounding pharmacies continue to be regulated at the state level, and larger pharmacies would be subject to FDA oversight. According to Dr. Hamburg, these non-traditional pharmacies that operate on large-scale compounding would have to register with the FDA as well as undergo regular inspections. Further, these large-scale compounding pharmacies would be obligated to meet the more rigorous manufacturing standards required of pharmaceutical companies.
Previously, FDA attempts to regulate large scale operations have been stymied; however, that should change. For example, Ameridose LLC, managed by the same parties who managed NECC, voluntarily recalled all of its unexpired products in 2012 due to FDA sterility assurance concerns. The recall was conducted for preventive measures not because of reports of adverse events such as infections.

As background, when the United States Supreme Court decision of Thompson v. Western States, was decided back in 2002, FDA then clarified that the agency would continue to use enforcement action against those who compounded drugs that are actually attempts to illegally manufacture drugs. FDA released a Compliance Policy Guide (CPG) section 460.200 [Pharmacy Compounding] issued by FDA on May 29, 2002, following the Thompson Supreme Court decision. The CPG sets forth a list of factors that FDA considers in determining whether to take enforcement action when the scope and nature of a pharmacy’s activities raise the kind of concerns ordinarily associated with drug manufacturing. For example, FDA would consider enforcement action against pharmacists who compound medications that are commercially available in the marketplace or those that use bulk ingredients that are not components of FDA approved drugs or those pharmacists who use commercial scale manufacturing or testing equipment.

Here is what I propose. The tier proposal is a good start. Yet, what really needs to happen is communication on all levels. By that I mean communication with state and federal government agencies as well as communication between industry and the FDA as well as state pharmacies. Finally, the nature of pharmacy compounding has markedly changed from small to large scale manufacture. So, the time is ripe for Congress to address this issue legislatively.